An offshore casting rod of
exceptional quality and distance

An offshore casting rod of
exceptional quality and distance

This series boasts the highest level of performance in terms of all elements: distance, power, and action. It fully incorporates the expertise we have developed over the past 20 years since releasing our first innovative offshore casting rod in 1997. 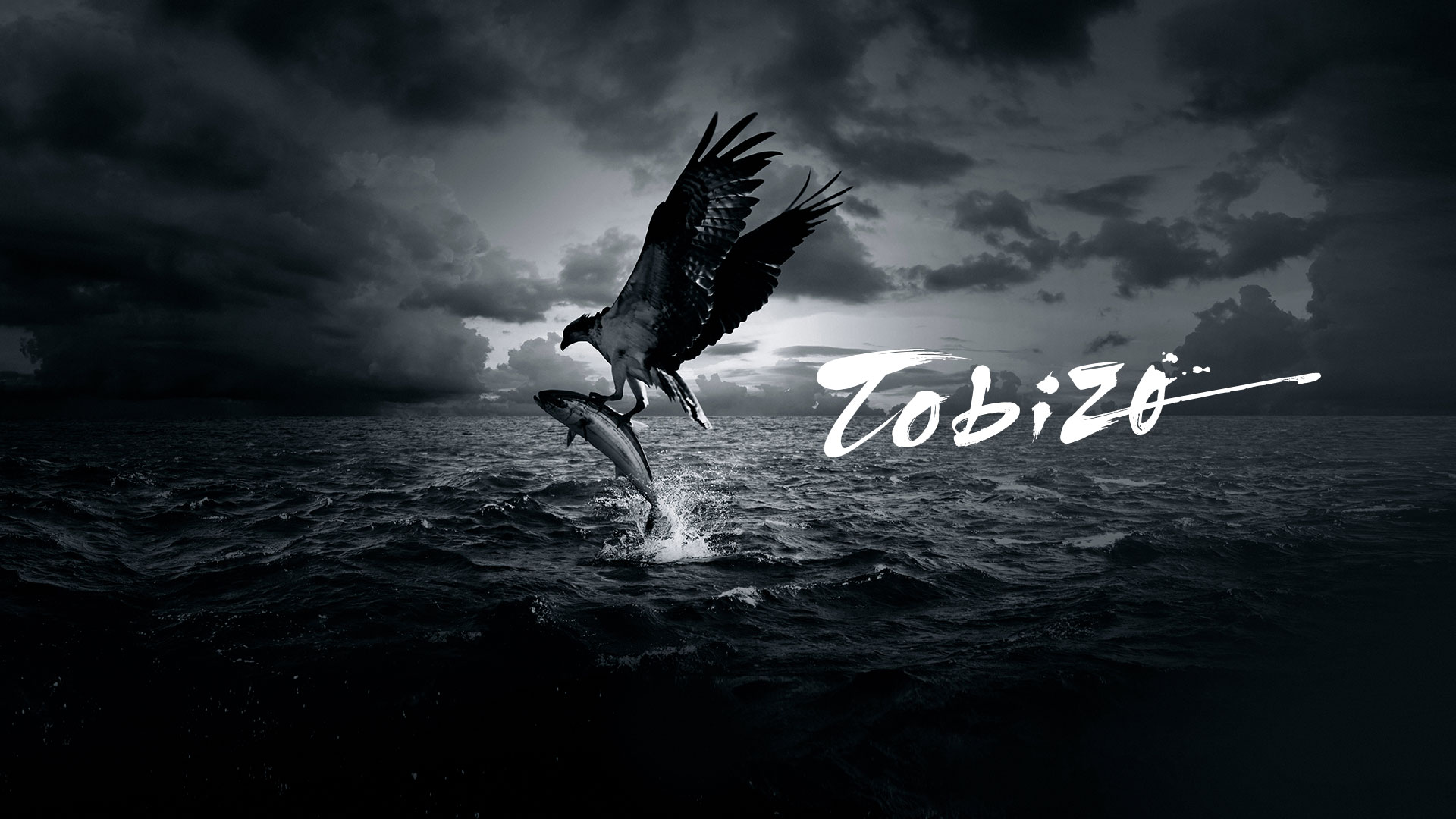 The limited lifting power of the rods of yesteryear was a necessary sacrifice to make them castable. However, the Tobizo series of rods has finally overcome the problems of compromising casting performance for lifting power and strength for elasticity. The novel T1100G material from Toray, together with Nanoalloy® resin, yields a superiorly strong yet soulful carbon blank. These design factors contribute to the Tobizo’s outstanding strength without sacrificing—in fact, only improving—its long-casting ability. 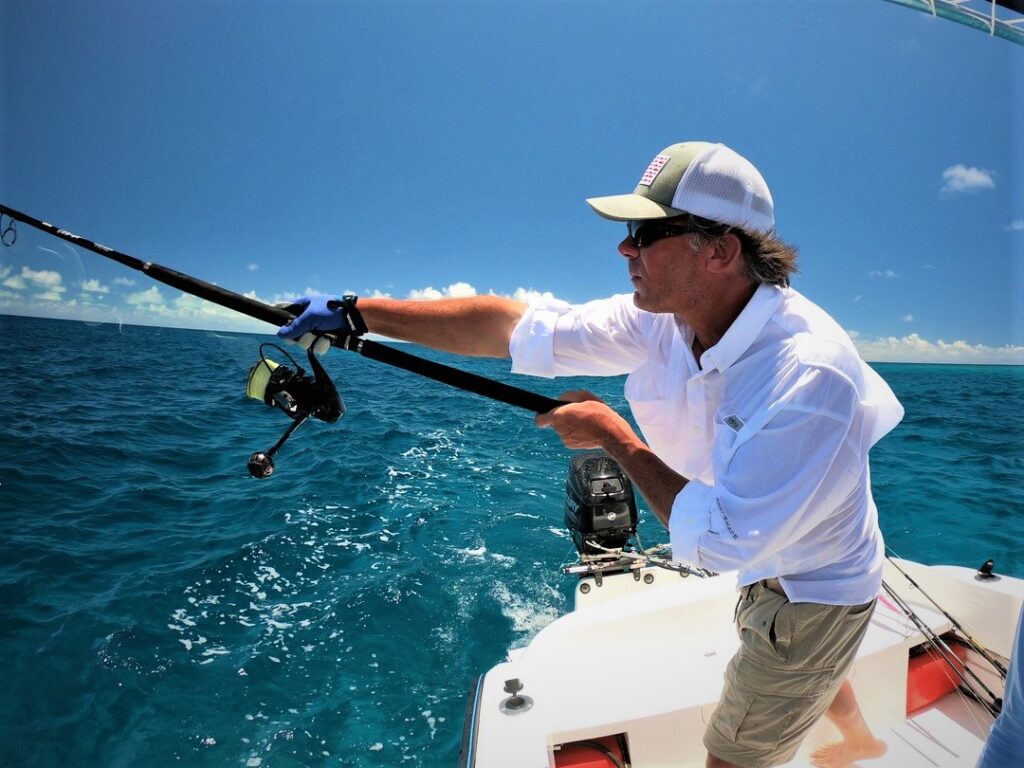 We all want to be able to cast farther, and for very good reason.

・A longer cast allows you to reach the fish that were once way out of reach, reducing the likelihood of spooking them with the boat. With a longer cast, you can cover more water, which ultimately gives you a better chance of hooking a fish.

Consider this: if every cast you make goes 10m farther, and over the course of a day you make 100 casts, then you’ll have covered an extra 1,000m (1km) by the end of the day. Although this may not seem like much, when blind casting for tuna or GTs, this 1km of extra distance drastically increases the probability of a fish taking your lure; in fact, it very well may be the difference between going home empty-handed and shattering a record.

・Easier distance improves the productivity of your fishing. How so? By using a rod that allows you to conserve your energy, you’ll feel like making more casts and have more energy left for the fight. Unprecedentedly efficient, the ultralight Tobizo’s optimized Toray carbon blank allows you to cast with 80% less effort. 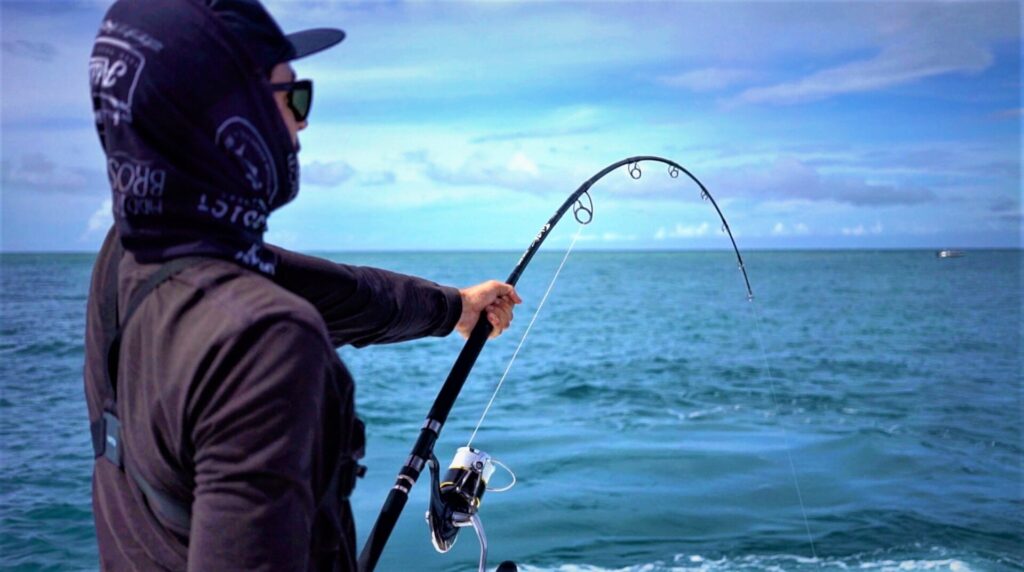 A rod’s “lifting power” is not characterized by how stiff it is; rather, it is defined by the rod’s ability to exert force on the fish. Contrary to popular belief, a stiff rod does not provide anglers any advantage while fighting large fish; all a stiff rod does is put a greater strain on the angler instead of dispersing the load throughout the blank. By incorporating a blank which absorbs the load of a fighting fish, the angler has the advantage of bringing the fight to the fish comfortably during otherwise grueling, protracted battles.

The Tobizo series allows anglers to run high drag pressures on the rods. The extremely strong, elastic T1100G carbon incorporated in the blank translates this pressure into lifting power for the angler. No other offshore casting rod its weight can boast the same lifting power as the Tobizo, which stands apart in a class all its own 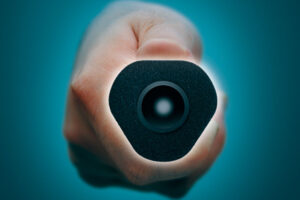 ZENAQ’s innovative ergonomic hexagonal foregrip, known as the Hexagon Grip, is designed to fit an angler’s hands comfortably, giving him or her a huge advantage when fighting large fish. Contoured to maximize grip with minimal pressure, your hand will not tire nearly as much as with a cylindrical handle during a fight with a large fish. Additionally, the hexagonal grip offers more precise lure control, helping you tempt more strikes from fish. 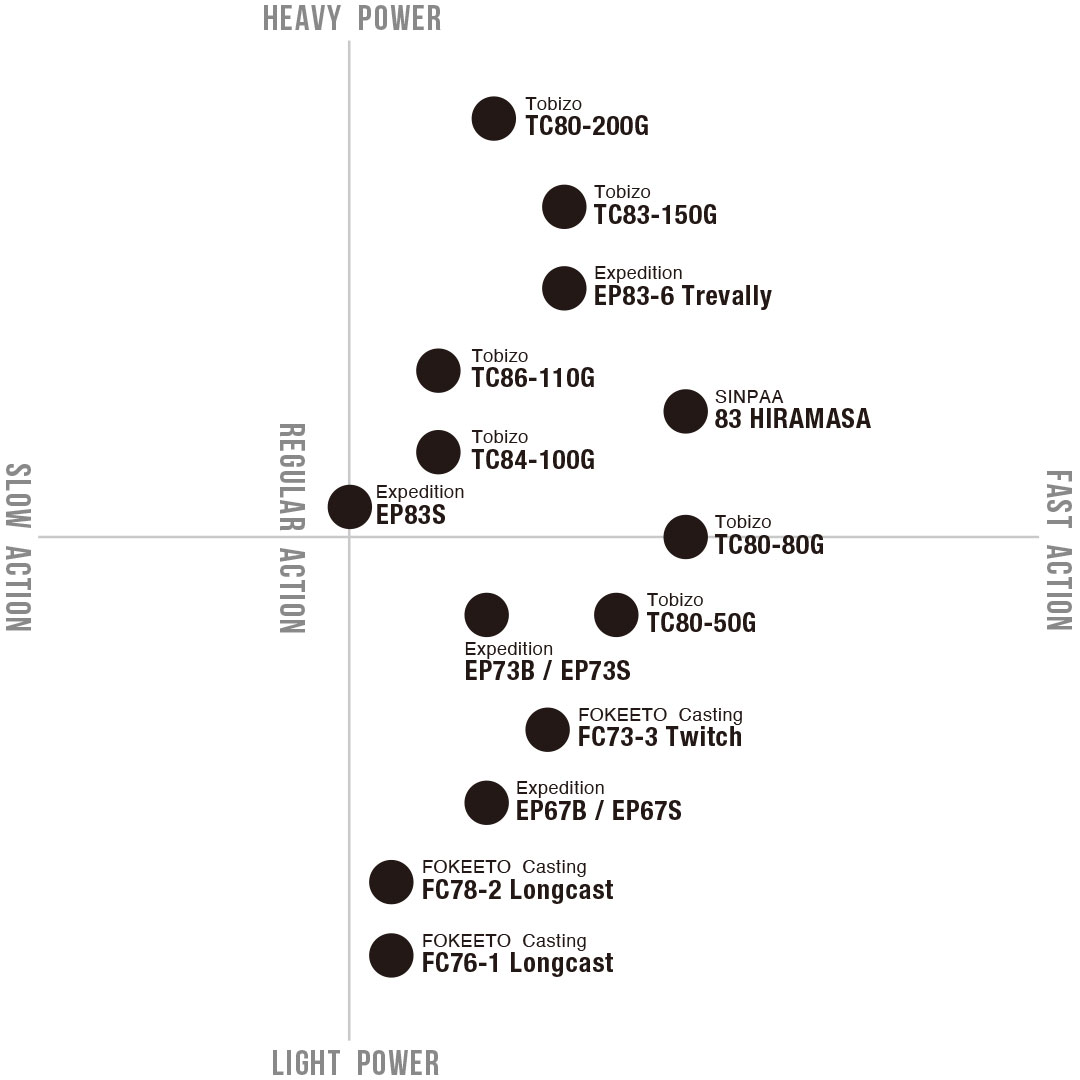